I'm a Scientist: Supported by Wellcome and UKRI
Skip to content

Is there such thing as time trail?

What is the equivalent weight of gold and silver put together?

why do the trees make oxygen

what is the atmsphere made pf

How far is the moon from the earth?

what is your favorite thing to do

@melissa@what is skin made of???

What is gass made out of

are there any acids in food

ASK the scientists any questions you have about science.

CHAT with the scientists in a 30 minute long text chat booked by your teacher.

VOTE for your favourite scientist to win a £500 prize to spend on communicating more science. 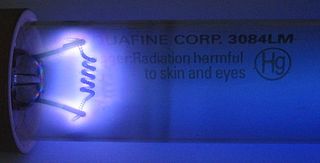 Fluorescent bulbs contain Mercury in the form of a gas. | Image: Soerfm

Mercury, the element, has long been known to science for its special nature: It’s the only metal that acts as a liquid at room temperature and pressure. This means it’s had some interesting uses over the years; from telling us how much energy other things have in thermometers (because it expands as it gets hotter), to creating incredibly swanky models of kingdoms in Chinese emperor’s tombs and even as a critical part of a classic episode of Jonathan Creek which we won’t spoil here.

In more modern times you’ll find mercury gas in fluorescent lamps, and in heavy concentrations in some fish. It’s very toxic if ingested so watch out if you’re on top of the ocean food chain!

This is a general science zone, with a mix of scientists from different backgrounds. There is a scientist who collects people’s breath and uses it to find out if they have an infection, one researching ways to protect the environment from harmful chemicals and one who looks at how people understand the words they hear. There is also a scientist who uses ultrasound to look inside people’s hearts, and someone making stainless steels really rusty to find out when they are safe to use.